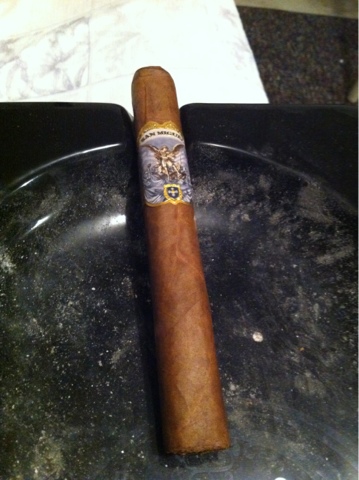 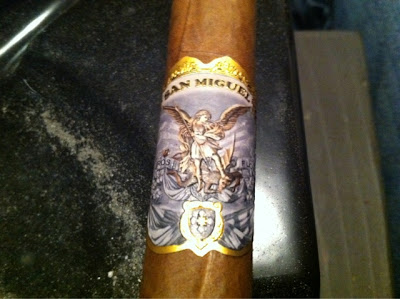 Appearance (0-20): A Sumatra wrapper isn’t always my style, but this one looks really good. It’s got a nice sheen to it, but is into the medium brown color frame. Its box pressed and has a nice shape with everything looking crisp - few small veins, tight wrap job, etc. And the band is really badass. The San Miguel band features an angel stomping down on a demon that is being held at spear point. It has an olden style feel with the black and white background that it etched in gold and bronze. Again – just really awesome.
Score: 19 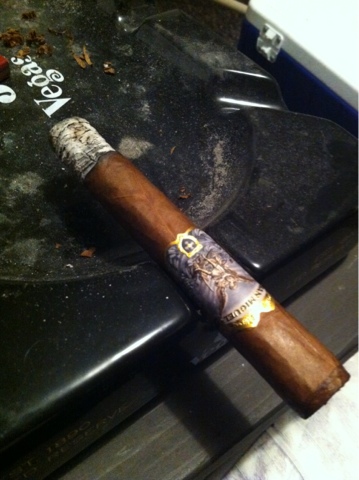 Construction (0-20): I wasn’t sure what to expect with this one, but was happily surprised to find it was very well done. The wrapper was super smooth and had a little give, but was very solid overall. Distribution of the tobacco was consistent throughout, but the amount of debris upon cutting was a little troubling. It lit up very easily and burned nearly evenly throughout, holding the ash (for the most part) for over an inch and a half at a time.
Score: 17

Strength (0-20):  Beginning with a medium body, this one waivers slightly between being medium and medium to full. It’s around the normal expectation for an unknown wrapper.
Score: 17

Flavor (0-20): Color me surprised. I had no expectations going into this since I literally had no knowledge of it. But when smoking it there is a nice creamy sweetness that just plain old works. There is some inherent spice that compliments and balances the sweetness fully, giving you a peppery finish. There are subtle nuances of wood, coffee, and even chocolate as you traverse through this one, giving some slight complexity. The smoke billows out of this in insane amounts, which was really awesome. The only drawback I really found (aside from a slight lack of complexity) would be that it came off as a little dry tasting.
Score: 17

Value (0-20): For $6.00 I have no complaints with this cigar. It has the right upsides with little in terms of negatives. If this stick was put up against any other cigars in this price range, I would likely have to give it some heavy thought before making any purchase.
Score: 17 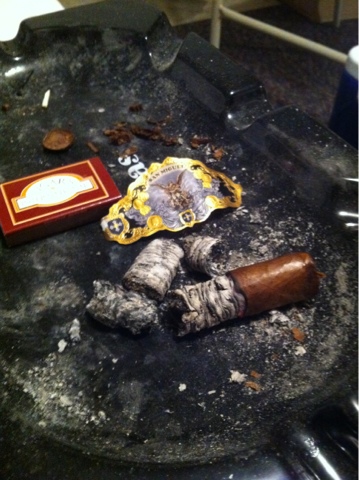 Additional Notes: Paired with coffee in my garage. This has been aging about 9 months.

Overall (0-100): The San Miguel is a solid offering from (after doing some research) A.J. Fernandez. It’s got impressive artwork and a really nice overall look, while still scoring high in all other categories. Small complaints may seem to nickel and dime the score down a bit, but I feel this one is still not only worth the money but is also worth a try at least once.
Score: 87
Posted by Unknown at 8:15 AM