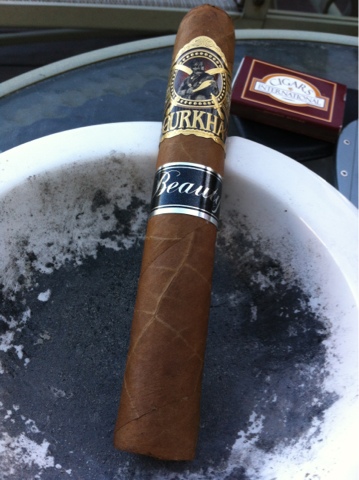 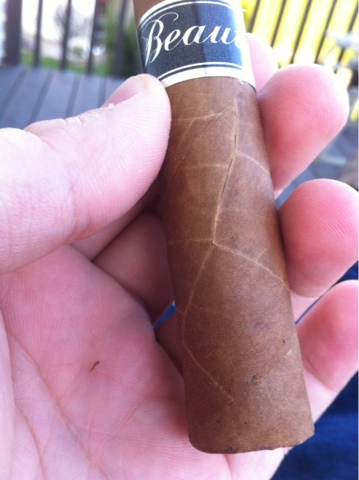 Appearance (0-20): The outer wrapper looks like it has aged pretty well, showing off a shade leaf that is outstanding. The Gurkha band greets you on the top, with one single additional band, proclaiming this the “Beauty”. Despite the veins that can be seen, it still looks extremely impressive in the 6.5x58 frame. There is a small ridge of wrinkled tobacco by the food that is a little questionable, but otherwise I can say I am satisfied.
Score: 18

Construction (0-20): The construction on this seems utterly amazing. For such a meaty cigar, it feels extremely solid but has a slight bit of give to it along the wrapper. Cutting the cigar revealed almost no excess tobacco, and the prelight draw was perfect. My hope was it would smoke the same. The verdict: zero disappointments. I ashed twice during this stick, with the final ash still sitting on the nub. Each section was almost 2 inches before I flicked it off, and it very well could have lasted longer. The burn was cool the entire time, with a relatively straight burn. Impressive to say the least.
Score: 20

Strength (0-20):  If you go into this understanding its going to be a mild to medium cigar, you’ll find yourself with a huge smile on your face. I was looking for something mild for the night and this one absolutely fits that bill.
Score: 19 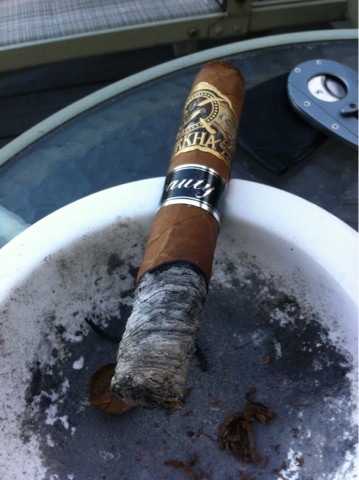 Flavor (0-20): The Beauty is one that I consider to be amazingly tasty due to its complexity. Coffee with cream is the first flavor that greeted my palette that quickly mixed with something more leathery. Just when I thought it was ready to settle down, there was some sort of sweetness that barely graced the tongue but it was still noticeable enough to note here. It was almost something of a sweet but slightly tart taste. A little over 1/3 of the way into the cigar there is a distinct change that ushers in roasted almonds and some slight wood with an increase fruit flavor I was describing earlier, giving this a really interesting and enjoyable flavor profile. The last 1/3 of the cigar tends to retain the same flavors as previously, but increases the woody and earthy tones, with the sweetness fading back slightly.
Score: 18

Value (0-20): $20.00 is a little excessive given the competition of some harder to find cigars, and of course… Padrons. However, given that these can easily be found for less than retail on cigarbid and in sampler packs, it makes the value proposition a little less of an issue.  Is it worth somewhere near that price range? I would say so.
Score: 17

Additional Notes: Paired with Glenlivet 12 on my deck. This has been aging about 36 months. 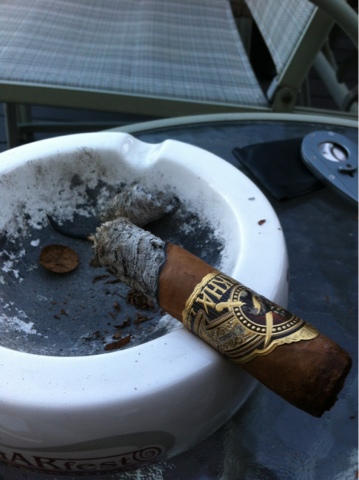 Overall (0-100): Gurkha has some really nice cigars if you are willing to wade through the tremendous amount of products they put out. It really is hard to keep up, unless you pick up some samplers of their stuff. In the long run it might be one of the best ideas since it will allow you to try various cigars in their line and will help to discount some of those highly priced items. The Beauty is one such example. It’s a great cigar overall, thought it does have a hefty price tag associated with it. The mild strength works very well with the subtle flavors that are blended within the Beauty, where something stronger may have overpowered the delicate tastes. The appearance is good to compliment a stellar construction. While it doesn’t fall into the top list of “must have” cigars for me, I also won’t shy away from picking up another sometime… it’s a damn good way to spend about 2 hours of your time.
Score: 92 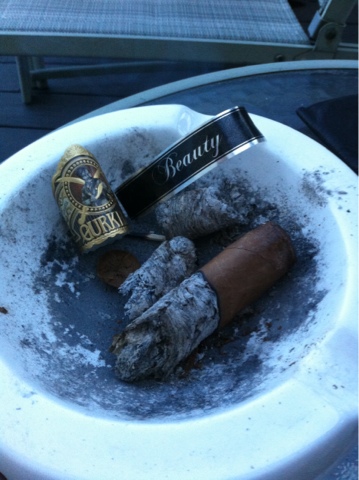 Email ThisBlogThis!Share to TwitterShare to FacebookShare to Pinterest
Labels: 90+, gurkha