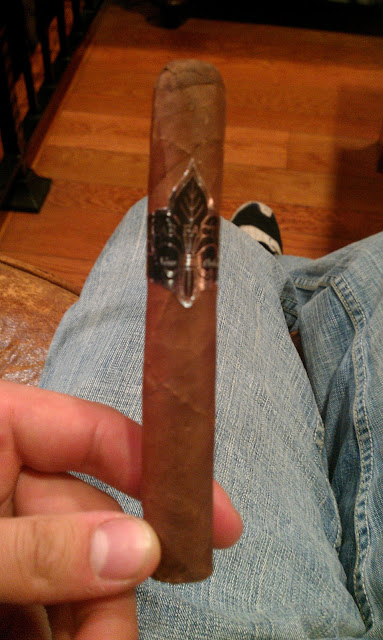 Appearance (0-20): Initial impression was a little rough, as the wrapper wasn’t very flawless. The cap didn’t appear to be on correctly, and there were seams throughout the wrapper from possible a bad wrapper leaf.  The band was very nicely done, using black and silver outlines to promote this line of Cigar Factory cigars.  This would have received higher scores, were it not for the bad wrapper.

Construction (0-20): Aside from the looks, the cigar was nicely put together.  The cap did clip off without issue, leaving little debris and providing a very nice draw.  The burn was pretty sharp, and the ash held on for close 1.5 to 2 inches, which was nice for a smaller ring stick.  The ash was out of this world.  The toothy wrapper translated right into the ash, which was covered with white specks.  The ash was pure white with very few coils. Great comeback from the initial impression. 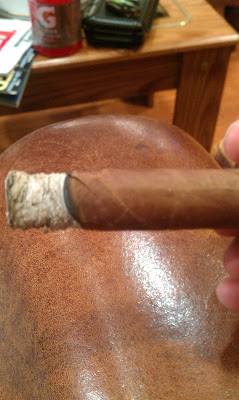 Strength (0-20): I didn’t have any information on this stick, but looking at the stick you would probably guess medium.  This was fairly close, teetering on the lower end of medium. Overall, a relaxing cigar to smoke.

Flavor (0-20): I just got over being sick, so I haven’t full acquired all of my tastes back.  One thing I can tell you is that this is a spicy stick.  I’ve smoked one Arturo short story, and this was fairly reminiscent of that.  The beginning of this cigar starts off very spicy, closely compared with a black pepper spice. The spice dies down a bit in the middle section of the cigar, giving way to stronger notes of leather and oak.  The final third brings back very much spice that was prominent in the first third. Overall, it was unexpected but very well done.

Value (0-20): While I’m not a 100% on pricing for this stick, around the $5.00 range sounds about right. I’d pay a little more for a larger size, as I am curious to see if the spice and strength could build even more than what was present.
Score: 17

Additional Notes: Smoked at CI with a few sips of Gatorade, but I can’t call it a pairing.

Overall (0-100): The big downfall of this cigar was the appearance.  Unfortunately, I received this in a cigar trade and can’t seem to find any additional information on it with that particular band.  Regardless, the experience was nice for something that I knew absolutely nothing about. I would smoke/purchase it again, but mainly in a larger size.