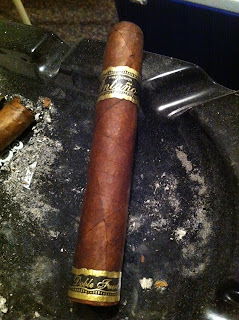 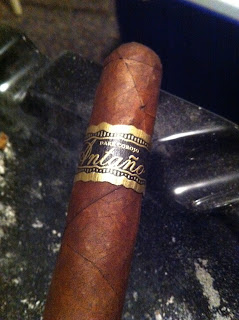 Appearance (0-20): The first thought that comes to mind brings me back to my younger years, since I am asked “are you afraid of the dark”? The rich oily wrapper on the outside of this Nicaraguan puro looks so appealing and perhaps a little bit intimidating. It has black labels with gold etching across it, proclaiming it as the dark corojo antano. There are some minor veins throughout, though nothing that is worrisome at all.
Score: 19


Construction (0-20): Feels nice to the touch for the most part, but I can feel an area or two that might not be as packed as I would like it. The initial cut revealed almost no debris, so big plus there. The prelight draw was a tad loose, but not so much that it would be a heavy negative. The burn stayed close to even but had a few runs, though the ash stayed on pretty well overall. I’ll admit the ash was a bit flakier than I would have liked as well as needing a few retouches.

Strength (0-20):  Full. Maybe there was a reason to fear the dark as the nicotine has the ability to kick you in the pants.
Score: 19 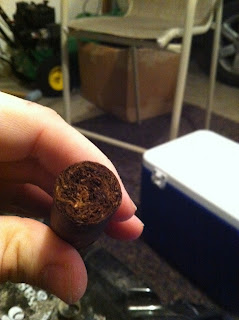 Flavor (0-20): There really is a plethora of flavors just waiting for you in this dark beauty. The first puffs yielded an amazing pepper blast that melds in (and is cooled) by very leathery primary tastes. It doesn’t take long before a nice sweet chocolate or cocoa flavor comes closer and closer to the forefront. The pepper still stood on the retrohale, with something of a cedar note with it. As the stick progresses the pepper remains as a slight touch and the chocolate hits some bitter notes but that is counter balanced with rich tobacco and notes of coffee and caramel. There is a nearly perfect balance of bitter and sweet throughout with very even and well planned transitions.
Score: 20

Value (0-20): $8.50 will seem like a bargain with the flavors that come out of this, while still retaining its power packed nature.
Score: 18

Additional Notes: Smoked in my garage and paired with a dirty martini. 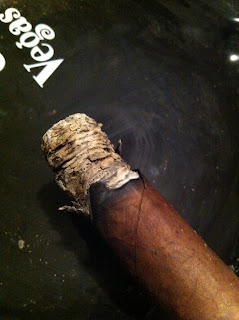 Overall (0-100):  So the question I asked at the beginning – are you afraid of the dark?? Well… if you weren’t afraid, you would find yourself staring face to face with a power packed cigar that is rifle with brilliant complexity and flavors. It looks good overall, tastes amazing, smokes like a chimney, has the nicotine to punch you in the jaw and kick you in the crotch simultaneously…. But the problem is they have a few construction issues. I’ve smoked multiple of these and unfortunately, that holds true the majority of the time… the only thing holding this back from being a true home run would be some small modifications for the sake of the overall construction. So – are you afraid of the dark? You shouldn’t be, because youll be happy with what you find there… if you decide you are brave enough to venture into trying the Antano Dark Corojo.
Score: 91