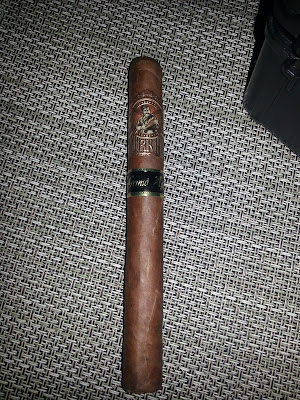 Appearance (0-20): Like the majority of Gurkha cigars, their trademarked band sits up at the top, this time with some copper hues to it to blend with the Cameroon wrapper. Also as is customary of the Gurkha, the secondary band notes the name of the cigar: the Grand Age, which is shown in a black and gold. Personally I feel it’s a little of a clash with the first band and should have been integrated more appropriately. The actual tobacco itself has some nice coloration, though there are a few veins of note all along the stick. It’s somewhat inviting to see, but has some definite areas of improvement.
Score: 15

Construction (0-20): The initial feel of the cigar is one that’s decently well packed. There are a couple of areas that felt a little lacking, but I had hopes that it would pan out alright. As noted previously, a couple of larger veins run through this stick, which don’t help the scoring any. The initial cut has small amounts of debris, though nothing very excessive and the prelit draw was perfect. When lit, the burn was slightly uneven and the ash never maintained a consistent hold (sometimes 2 inches, sometimes ½ an inch) which points more to the tobacco not being distributed through the stick properly. I also had to touch up multiple times to try and keep it consistent. That itself can make you really dislike a cigar… 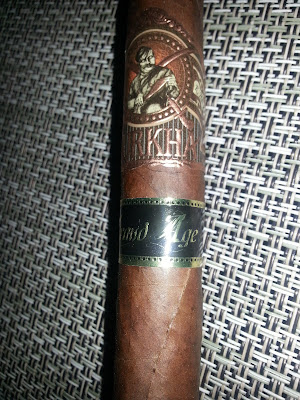 Flavor (0-20): Creamy and smooth… rich and earthy… and a lot of espresso-esque flavors. The Grand Age is almost buttery with how decadent the taste is, expertly weaving in cocoa and nuts with the backdrop of the earthy tobacco core. It’s really an awesome flavor profile, with slight complexity and a decent (though slight) pepper finish. Unfortunately there were many times where the transitions were less than clean.
Score: 17

Value (0-20): This is a nice size stick for the price of $7.00, but unfortunately as they say “size isn’t everything”. The flavors and strength are there, but the manufacturing of these wasn’t… and I say that after having 3 sticks. Each one had issues with the burn, appearance, etc.
Score: 14

Additional Notes: Smoked on my deck and paired with water. 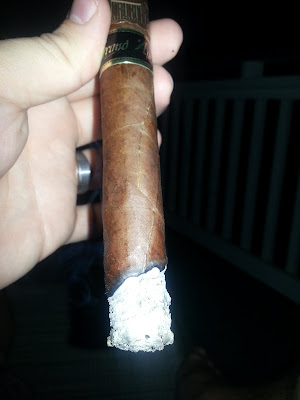 Overall (0-100):  The Grand Age had the potential to do some really good things at a decent price, but it fell quite short in the process. It’s got the perfect medium strength to mix with the flavors of espresso and nuts (with an earth tobacco core), but it’s plagued with mediocre transitions and some sizable construction and appearance issues. For the same price there are a lot of other sticks I would choose besides this one, as it will mean not having to deal with the uncertainty that comes with smoking one of these. When they are on, they really are great… but when they are off, it’s one of the more frustrating cigars I have smoked.
Score: 78

Email ThisBlogThis!Share to TwitterShare to FacebookShare to Pinterest
Labels: 70-79, gurkha