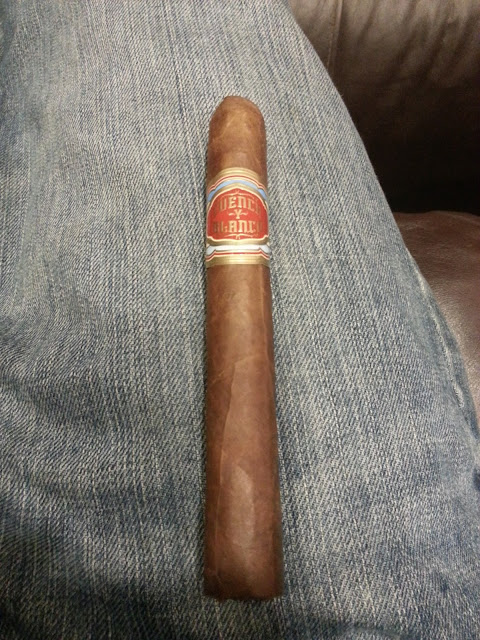 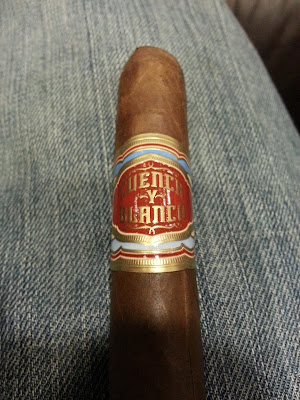 Appearance (0-20): The initial impression is nothing too flashy.  The Cuenca sports a light brown habano wrapper, that shows a few veins.  The band is also fairly simple, with nothing too extravagant to set it aside from anything else.  Its one of those cigars that I would pass by if I didn't know it was  Joya de Nic product. The band has a few complimenting colors that meld well together, but it would be nice to give it some more distinction. 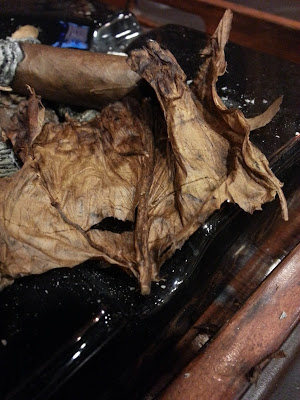 Construction (0-20): Before lighting the cigar, it felt very tightly packed.  Unfortunately, this led to a disastrous experience for me.  I tried a few things to get the cigar to loosen up, but the draw was terrible.  I've read some other reviews that has no issues, but mine was terribly plugged.  The draw was so tight that I could barely get any smoke, and it was cumbersome just to smoke to the halfway point.  At this point, I was pretty fed up.  I pulled a huge leaf out of the cigar, that was accompanied by a nice large tobacco stem.  Aside from the draw issue, the burn and ash seemed to have no issues.

Strength (0-20):  This one sits in the medium range, maybe a tad under.  Then again, I wasn't able to smoke the full stick so it may be a bit higher.

Flavor (0-20): The amount of smoke that I was able to draw, was pleasant. While not overly complex, the flavors were sweet and creamy.  The wrapper probably added to that fact, yet it was quite thin.  While trying to get some addition smoke near the cap of the cigar, it cracked fairly easily.  Regardless of its flaws, it was a flavorful smoke that was quite relaxing. 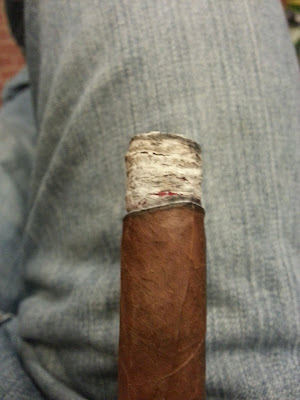 Value (0-20): Hopefully the draw was an anomaly  but the price seems to be fair all things considered.  There are a lot of smokes in the price range, so I think its in the middle of the pack.

Overall (0-100): Seems like I got a bad smoke, and it's kind of unfair to rate it because of that.  I would like to smoke it again to revisit the score at some point.  I've read some other reviews that seemed to give it pretty nice scores, which may attribute to why I was let down.  Please take this review, like all others, with a grain of salt.  It basically lost points everywhere because of the bad draw, which wasn't able to give me the full flavors and strength of the cigar.

Posted by Kollarism at 7:23 PM