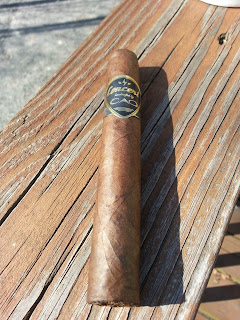 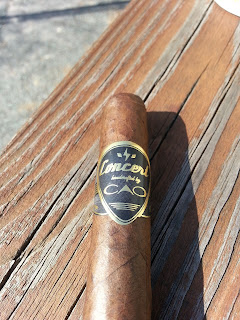 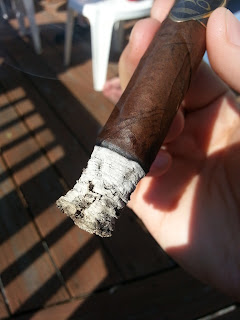 Appearance (0-20): CAO cigars typically have the same general design to their bands, but it looks like they are making small moves to diversify a bit. The last couple of offerings from them have showed some variance, the Concert included. This band has a combination of black and gold on it with a small ampage bolt at the top. It’s simple and uncluttered. The particular stick that I have has some nice rich colors to the wrapper, with just a slight discoloration at the bottom. It’s not a deal breaker by any stretch of the imagination, just noticeable. Some small veins exist, but it’s mostly issue free otherwise.
Score: 17 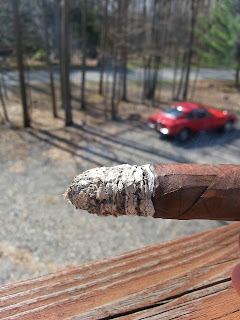 Construction (0-20): The feel of the cigar is a bit stiff but there are no lingering questions about if it is packed well [hint, it is]. The initial cut revealed nearly no debris, which is an absolute plus. The prelit draw was perfect, and after lighting it retained that slight resistance that it needed while also maintaining an excellent burn line. The ash was extremely white and aside from a small bit of flaking, it held very well. Unfortunately about a quarter of the way into the smoke, the thin wrapper tore a bit (though it didn’t affect the smoke very much at all).
Score: 17

Strength (0-20): Medium to full in billing, the Concert stands up to that rating very well. The smoke begins in the medium realm and slowly amps up until it hits the full range by about ¾ of the way in.
Score: 18 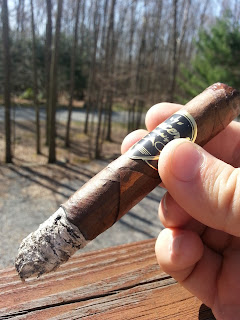 Flavor (0-20): There are a lot of good things that are readily evident when lighting up – namely the slight pepper with a really deep leathery and woodsy taste. The flavors are intensified by some smaller nuances as you move through the smoke which give it a creaminess that is delicious. There are undertones of a dark roasted espresso that you can catch from time to time and something akin to a slightly charred toast. It’s superbly intriguing and delightfully complex while still not being overpowering.
Score: 19

Additional Notes: Paired with Glenfiddich 12 at the lakehouse. 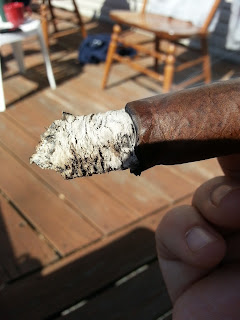 Overall (0-100):  CAO seems to be coming around with a lot of their recent offerings and really has a solid stick on their hands here. Everything about the stick is in the very good category, with some small issues here and there that dropped it down a few points. The one area it shines for me is the flavor since it melds multiple different flavors (leather, pepper, espresso, wood, etc) into a nice complex arrangement that fits in an almost perfect union. Its worth trying to grab a stick and its honestly nearly box worthy (thought I would recommend trying one for yourself first!)
Score: 89
Posted by Unknown at 12:10 PM