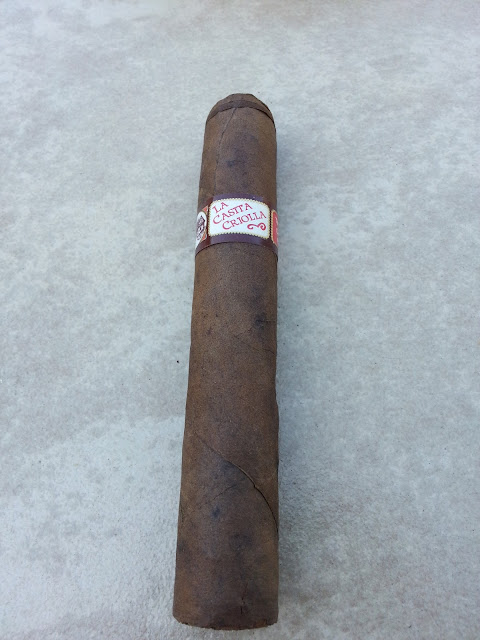 Appearance (0-20):  One thing that I love about a quality cigar is the grainy, bumpy wrapper.  They are little "flavor pockets" of the oils from the cigar from aging.  This offering from Tatuaje has a super grainy broadleaf wrapper.  It is quite dry to the touch, but very inviting to say the least.  The band is fairly simple on the outside, but holds a solid smoke underneath. 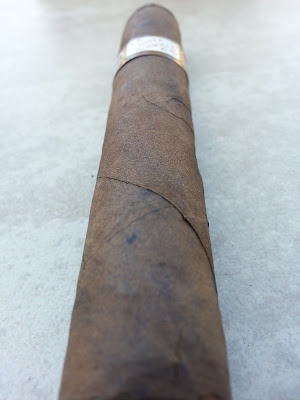 Construction (0-20):  The cigar itself performed well overall.  While I had the cigar aging properly, the wrapper was still somewhat dry.  There was a small crack in the middle of the stick, and it seemed as part of the middle was unraveling   Luckily, neither of these had an effect on the smoke.  I tried take a good picture of the ash, but it wouldn't focus correctly;  it had an almost pure white ash, with speckled graininess in the ash as well.  It had some flakiness, yet overall was solid start to finish.

Strength (0-20): Nothing over the top here, just a solid medium cigar.  There is no real heft present, and it may have actually been a touch under medium. 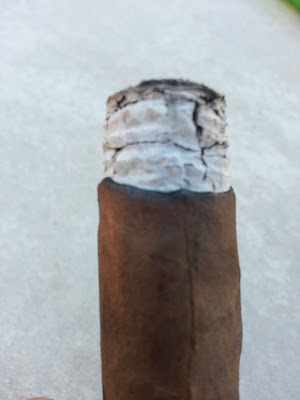 Flavor (0-20):  After some quick reading, it seems as though broadleaf tobaccos were used as the wrapper, binder, and filler.  You generally don't get that, and it had a unique flavor profile.  I received a blast of spice in the beginning, and then some additional spice from start to finish.  As I smoked further down, there was some solid notes of cedar and sweet molasses.  The flavors complimented themselves well, and had some complexity and transitions. 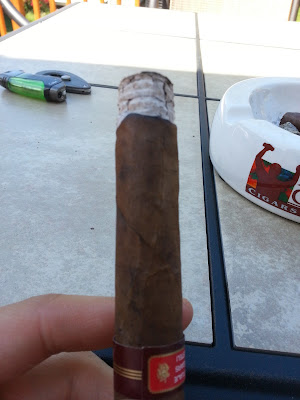 Value (0-20):  For around $6.00, you definitely get what you pay for.  It's an above average cigar for the price, and the price point does it justice.  I would like to smoke a robusto/toro size, yet I don't see it offered.

Overall (0-100):  Somewhat unsuspecting, the La Casita Criolla was a solid cigar.  The flavor profile was very solid, as Tatuaje incorporated using all broadleaf tobacco.  If you are looking for a fair priced cigar that has some solid tasting notes, this is one that you might want to check out.

Email ThisBlogThis!Share to TwitterShare to FacebookShare to Pinterest
Labels: 80-89, Tatuaje