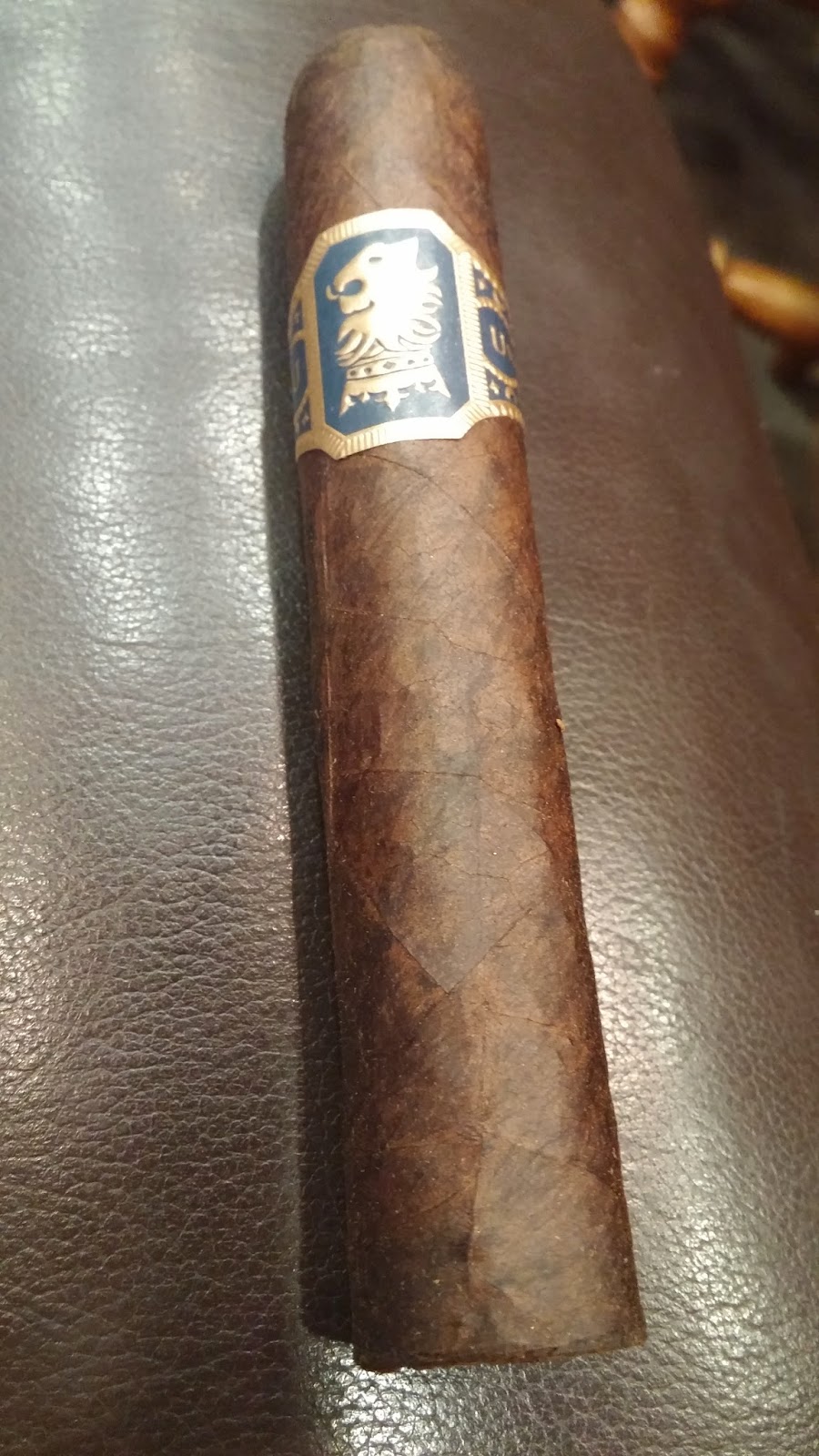 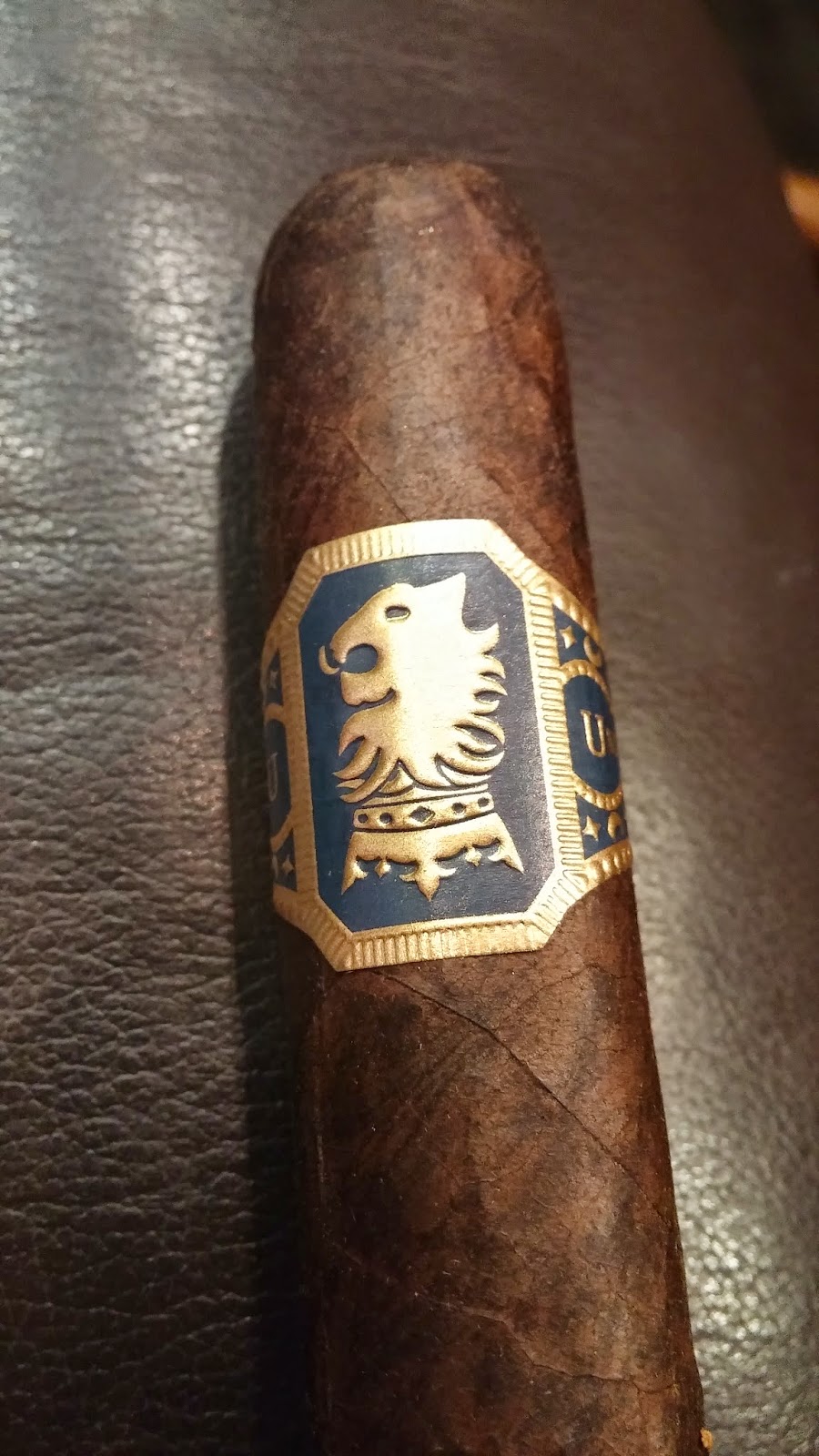 Appearance (0-20): Honestly, what’s not to like about the look of the Liga Privada Undercrown? The nice rich coloration on the exterior is set off perfectly by the navy and copper label. There is some comedy in the regal looking band, as the emblem has the normal Liga logo with the crown placed underneath instead. Drew Estate simply stopped there, leaving the cigar to speak for itself.  No discoloration and a nice looking foot showing off the mixture of tobacco within.   Score: 19/20

Construction (0-20): This stick is packed well, and has a nice firm consistency. It is extremely even with little to no variance when pertaining to the wrap, straightness, etc. No visible cracks throughout, only small veins, and a clean cut with very little debris. Post cut the draw was nearly prefect, however there was a bit of an issue with a slightly uneven burn.  Score: 17/20

Strength (0-20): This definitely drops in the medium to full range, which is right where it is billed at being in. It really is perfectly balanced between strength and flavor.   Score: 19/20 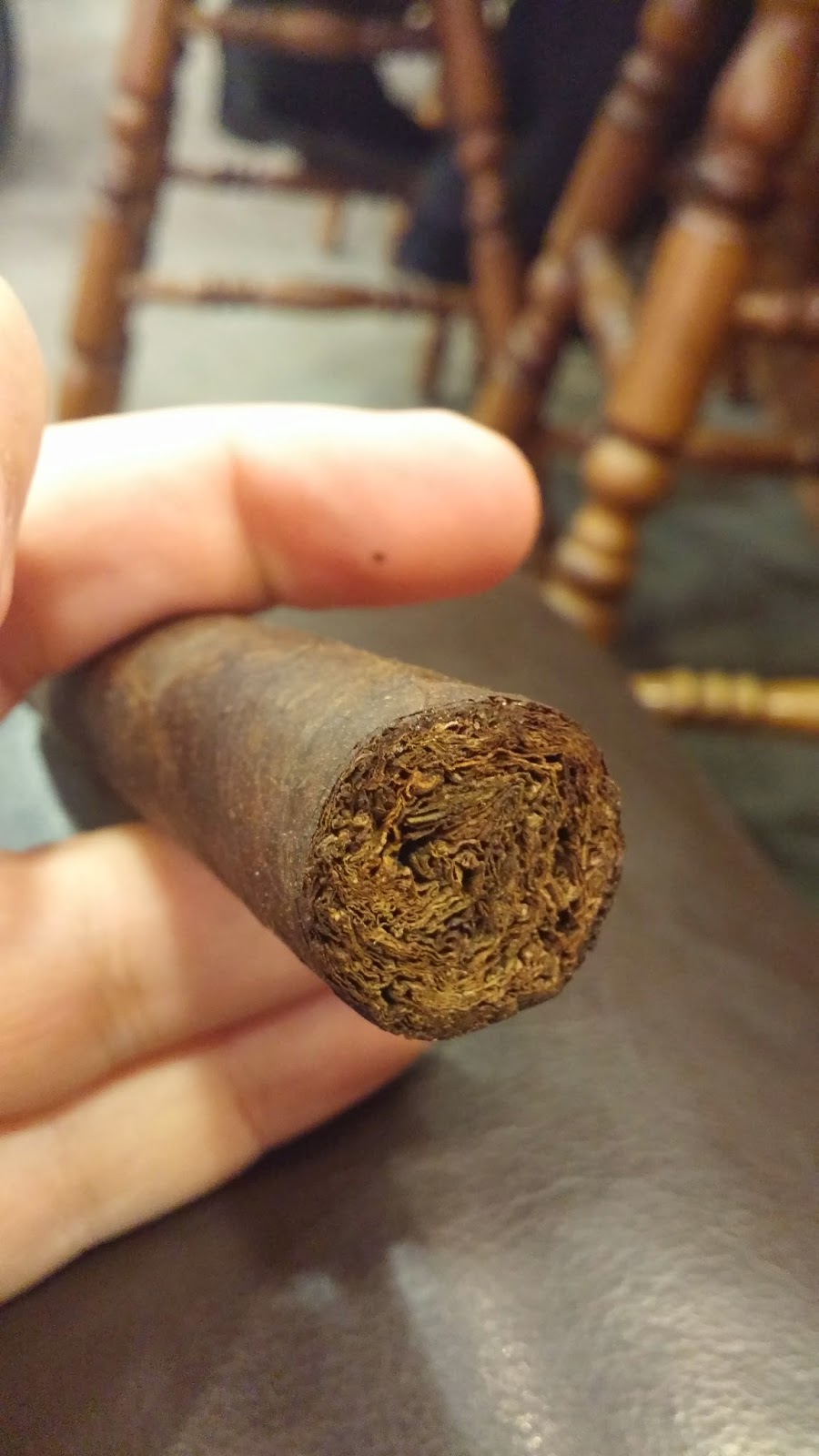 Flavor (0-20): To some extent it’s tough to nail down just one single flavor profile for the Undercrown. Complexity really is the name of the game. There’s a bittersweet chocolate flavor that is well complimented by a spicy earthy tone. Throw in some cedar, black coffee, and other slight spice notes. And the beauty of the smoke is it’s an ever changing landscape for the pallet. And the transitions between those flavors mesh well, though there were a couple of minor times where the transition was abrupt.   Score: 19/20

Value (0-20): $7 and change really isn’t a bad price for a cigar of this quality. It may not break the bank, but it also doesn’t fall into the realm of being an extreme bargain. That being said, for something of this stature, it’s well worth the price of admission as it will stand tough against anything in the $6 to $8 range.   Score: 19/20 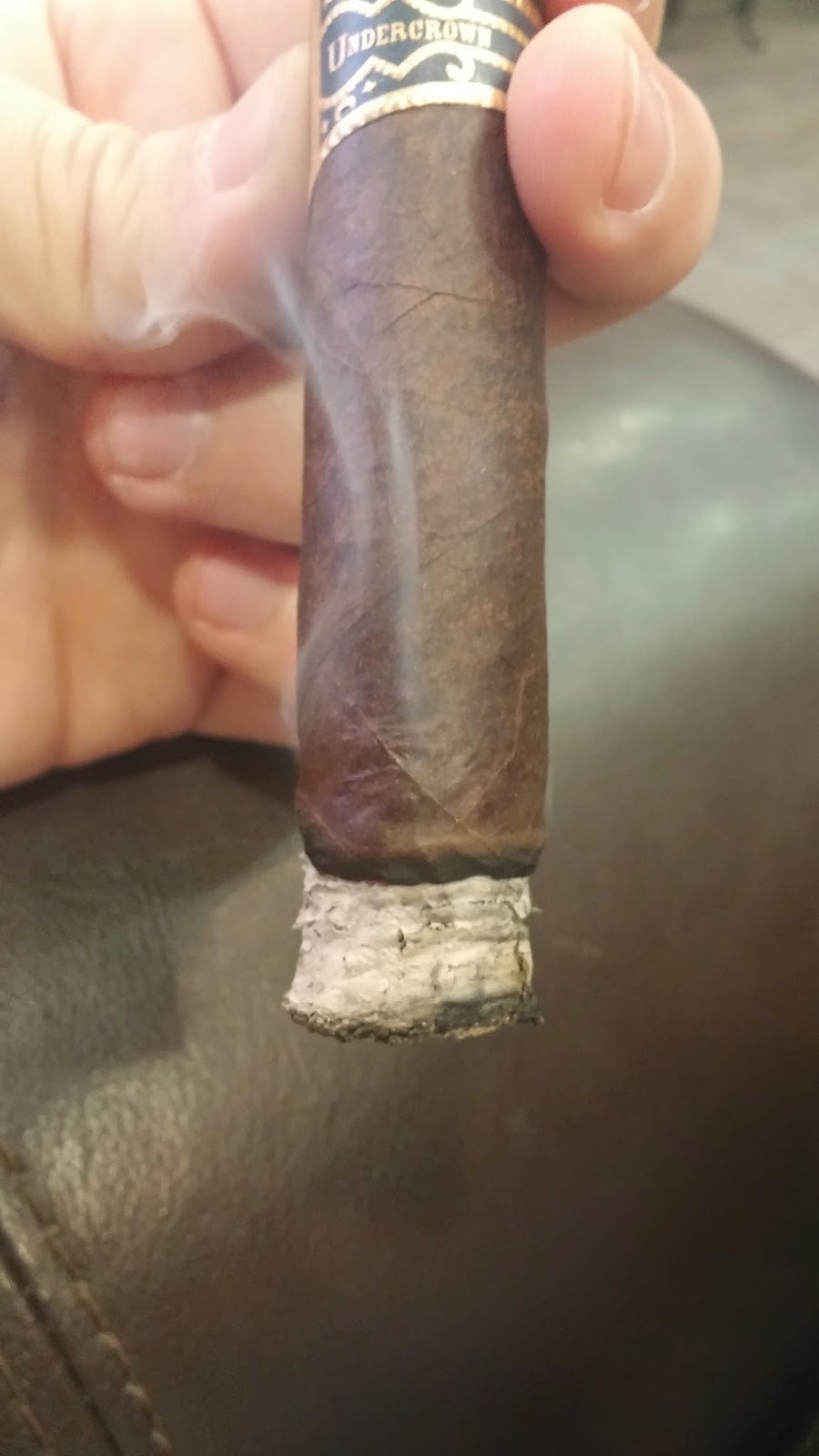 Additional Notes: Smoked at Cigars International but the cigars were provided by FamousSmoke Shop.

Overall (0-100):  Drew Estate did a fantastic job taking elements of their other Liga Privada lines and fused them together into this cohesive smoke with its own unique identity. It’s creamy and sweet with an equal balance of bitter coffee and pepper. The simple flavors are layered in such a way that it leads to a brilliant complexity. The price is absolutely where it needs to be and the construction and appearance are pretty well on point. I really can’t find much to argue with on this smoke and would pick one up at any given time and be really happy to do it.  Score: 93/100