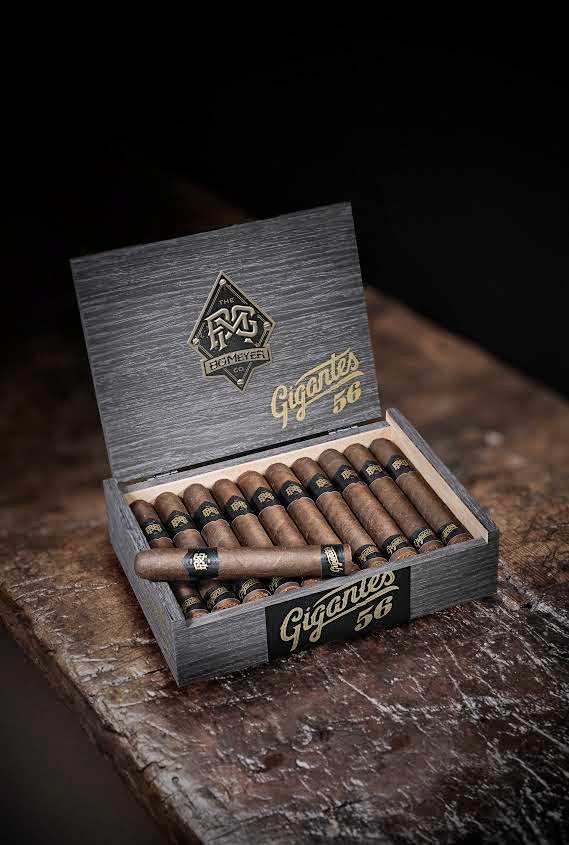 LOS ANGELES, CA (APRIL 8th, 2015) –– Camacho Cigars and Rob Weiss are proud to introduce the BG Meyer Gigantes, an exciting new line extension and third addition to the BG Meyer by Camacho collaborative portfolio. Gigantes, which will begin shipping nationwide in mid-April, is set to debut on the heels of Cigar Aficionado’s 90-point rating of the BG Meyer Standard Issue; the first release by Camacho and Rob Weiss.

“The new BG Meyer Gigantes pays tribute to those towering spirits that have lead us to action by example. Titans of character. Fearless pioneers. Those legends that influence our lives. Inspire our own personal journey. They are giants that walk among us and we celebrate them. As we do you, those who dare to blaze a trail in creating a legend of their own,” said Rob Weiss.

The concept for the cigar comes as a play on the legendary Gigante, which is traditionally a format known for robust flavors. The combination of larger ring gauges, along with a hearty Nicaraguan-grown Habano wrapper make the new Gigantes a unique new addition to the portfolio. A notch above medium in intensity, the new Gigantes features a Brazil Mata Fina binder and high-grade filler tobaccos from both Nicaragua and the Dominican Republic. The binder and filler tobaccos in the Gigantes blend have been aged at minimum six years, while the wrapper has been at rest since 2007.