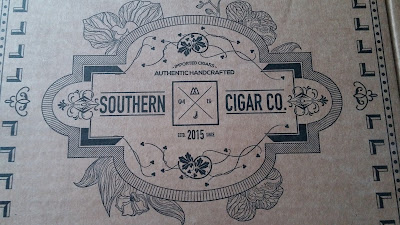 Once in a while at the Cigar Broskies we have the chance to try something new during its onset. This sometimes includes new releases (like Ramon Bueso’s offerings of Genesis The Project or Genesis Habano), getting invited to interesting events, or like for this one – being able to try out a new Co’s first offering. Today we will take a look at a subscription based cigar service coming from Southern Cigar Co.

Southern Cigar Co. was started by two friends who saw a gap in the market – delivering premium quality smokes and a top flight experience to their customers. They seem to be genuinely passionate about spreading their love of cigars out there, with a focus on a superb customer experience. From a quick look at the site, you can see they have put the time and effort in to get things running. Everything there looks and feels the way it should, and it operates quickly.

Pricing is a little higher than some of the other cigar of the month style clubs that I have been a part of, with a singular month being up at $39. However, most clubs don’t allow you to less than a full year. The difference here is you have the option to commit to one month, three months, six months, or a full year. The more months you commit to, the cheaper it becomes of course. This particular one drops down to $32 a month when you commit to their maximum of a one year subscription. These prices include shipping to the US, which is a bonus for anyone who lives there… and is only $5.99 / month for Canada or $13.99 / month for any other international orders.

So now with the background out of the way, and the pricing, lets take a look at the monthly subscription box itself…

The packaging: The first month’s package was sent in is a solid cardboard box with the Southern Cigar Co logo on it. It’s stamped with a design throughout on the top, as well as one side. It’s a design that is both simple and effective, while actually being deceptively detailed. Opening the box reveals a number of goodies, setting on a bed of filler to keep everything safe.

The non-cigar items: For the first month only the box comes equipped with some extra goodies. There are a couple of stickers, a triple torch lighter, and a plastic dual cutter (for both normal and v-cuts). Neither the cutter nor the lighter are the highest quality, but for the most part serious cigar smokers will have a number of these already. Personally, I tend to bring these along to places where it may get lost or confiscated – think trips, tailgating, etc. If this is your first cutter and torch lighter, it’s actually a really thoughtful set regardless of the quality. The cutter gives a nice option with the ability to use either type and it’s always good to have a triple flame butane torch to fight against the winds. The final touch is the “menu card” which is a postcard sized write-up on the cigars of the month. It includes information on the strength, wrapper, size, country of origin, and some tasting notes. The card is on a glossy backdrop and is really well made.

The cigars: Before getting into the specifics on each cigar that is in the box, I wanted to make mention about how they arrived. All of the smokes were well kept from a humidity perspective. They were packaged two to a bag with a small tube of Humicare beads to ensure that they stayed fresh. The cigars were in superb condition with no damage at all from the handling, packaging, and shipping. 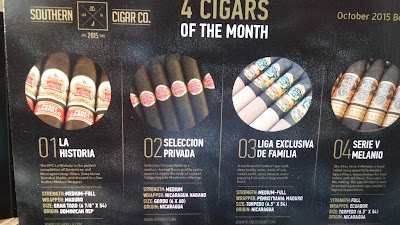 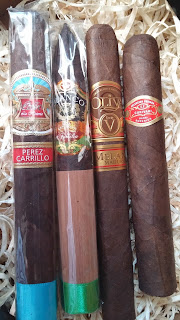 EP Carillo La Historia – If you follow Cigar Aficionado at all, this one ranked up there as the #2 cigar of 2014. Speaking honestly – I don’t always agree with their assessments or valuations, but this one is spot on. Absolutely a fantastic smoke.
Curivari Seleccion Privada – This is one I haven’t had the opportunity to smoke in the past, so I’m interested to see how it pans out. That being said this little boutique blend has been on my radar for a little while to give it a try.

Blanco Liga Exclusiva De Familia Maduro – Another that I have not had the opportunity to try, this one is a rich looking smoke just waiting to be lit up. I haven’t had much luck with Blanco’s stuff in the past and I am hoping this one changes that streak. 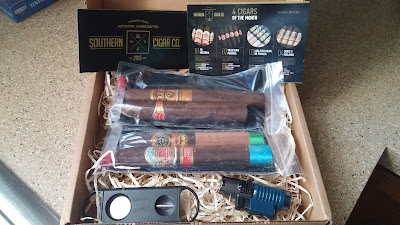 So after taking a look at each element, I can easily say that Southern Cigar Co has a lot of good things going for them. The packaging is bold without being too flashy. Their products are handled with the care they deserve and the other items that came along with it are thoughtful. The prices are in line with what you would expect from a premium cigar club, and there are discounts when purchasing multiple months. And the selection of cigars, most importantly, is one that I can really get behind.

If you are someone who wants to try new sticks each month and have it sent directly to your door – this is the kind of service for you. I actually look forward to seeing what Southern Cigar Co puts out each month, and how it evolves over time. Will there be some fun free gifts, like shirts or coffee mugs or something that show up? Maybe some hard to find cigars from time to time? Only time will tell of course, but this has the makings of something really good. 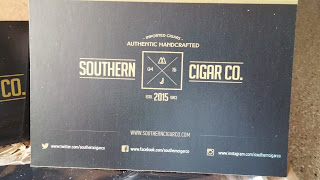