The Cigar - Moments of Pleasure Review 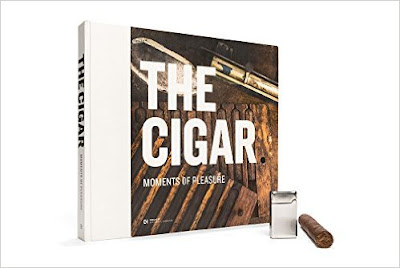 We mentioned in a previous post that there was a book released earlier this year called “The Cigar – Moments of Pleasure” that we were looking forward to getting our hands on. The folks at the Danish graphic design company, Ehrhorn Hummerston, were generous enough to send us a copy to review. But the one thing we didn’t want to do was rush a review out there without really delving deeply into the book. But now that we have had the time to digest it... It’s fantastic.

The book literally takes you back to the origins of cigar smoking, some of the original myths associated with it, and chronicles the earliest civilizations to show signs of tobacco use. It then traverses across both landscapes and time to show its progression and spread to various parts of the globe. There’s a lot to take in since the spread of tobacco, in a general sense, was impactful in so many ways and happened at various times.

The book also follows the path of tobacco and how it comes to be formed into the cigar as we know it. Namely, it looks at the full process that it takes to make just one cigar. It’s not just an overhead view of the process either, which often happens when trying to talk about such a broad topic. Instead they go into extreme detail to talk through the things that can affect the cigar – the type of seed, growing region, if it’s grown in the shade or in the sun, etc. Taking things one step further, they also break down the general taste characteristics that are often representative of a type or region.

But of course, the writers didn’t stop there. The entire process is shown, with nothing being thrown to the wayside. And when I say that, I don’t mean just they focus on the making of the cigar itself – they get into how the boxes are manufactured, the application of the bands, packaging, shipping… and a variety of other things. Heck, they even get into storage, cutting, lighting, and information on how a cigar can falter.

The book is well written, informative, and engaging – something most books on cigars aren’t able to do. The authors, Morten Ehrhorn and Justin Hummerston, put a lot of time and effort into making this a comprehensive volume on cigars. Their love for craft is extremely evident through both the writing and the gorgeous photographs throughout. I would highly recommend picking this up on Amazon or from Cigars International for anyone who may even be remotely interested in cigars. It really is a coffee table or man cave book that just about anyone can pick up and enjoy.

The only regret I have at all with this book is that I couldn’t be a part of experiencing all that Morten and Justin did when writing it… simply amazing. 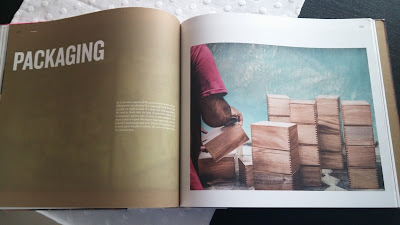 Email ThisBlogThis!Share to TwitterShare to FacebookShare to Pinterest
Labels: Book